16 – Life takes work so does your health, plus Nutella and Vodka!

On this Podcast we update everyone on Tim’s weight loss and how he is feeling.  Then Coty takes us into his world and talks about how everyone thinks losing weight or getting fit is going to be easy.  All this and more on this weeks Podcast!

A Great Friendship and how it started…

About two and half years ago a friendship formed that has changed my life and has a huge impact on the way I live life. Thomas and I met through a friend a the Community College where he works, and he was helping me lose weight.  I was terrified of this man he was in shape and looked like he could kill me lol along with he was very to the point and did not take any bull shit.  Anyway he keep helping me along and I got comfortable around him and even started to have conversations with him. Then one day he over heard me in the gym talking to someone else about how I was looking for a roommate to move into my house to help with some of the bills. He came over and said he was looking for a place to rent as a situation came up and he needed a room. Moving in about 1 week later I thought it was going to be about the same as the last room mate he would stay to himself and not really interact with me, boy was I wrong.

When Thomas came along he was a package deal with a “friend” Sarah. Now very quickly about Sarah, not many people know but I had the biggest crush on Sarah at the time. I had known Sarah for a couple of years now while she was working at the College. It was kind of a blow to my ego to know they were dating and took a little time to be OK with it. After the initial disappointment I quickly found that it was better this way and actually was better to have Sarah as a friend, then not really knowing her at all (cause lets be honest I was never going to ask her out).

Anyways back to Thomas when he moved in it did not take long for our friendship to really start taking shape, this is a man I was looking up to (even though we are the same age), someone that was willing to listen and actually gave a shit.  Thomas, Sarah, and I would sit around the dinning room table to talk for hours. Those where the best times just talk about everything and anything (I miss that time with them).

Sarah was just a great surprise in my life when she and I became friends. Her with that wit and the no shit attitude but at the same time is so sweet and understanding. I don’t know between Thomas and her it just makes a perfect pair of friends.

Over the time they turned into my family and the day they moved out I was heart broken. I was not heart broken because they were moving on which I knew they had to, but because I felt like I was losing family and I was alone again.  Are friendship is still strong to this day, and I still think of them as my family and I just love them so much. Our lives will forever change, and our friendship with change, but one thing that will not change is they are family for life.

This past weekend Thomas and Sarah got married and are starting a new chapter in their life together, I hope to always have a place in their lives as they have made a permit spot in mine.

To Thomas and Sarah, congratulations on getting married I love you both. 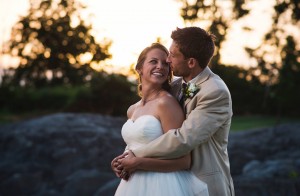 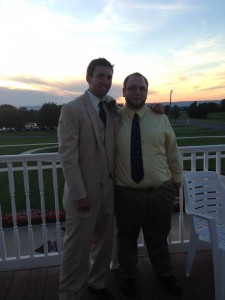